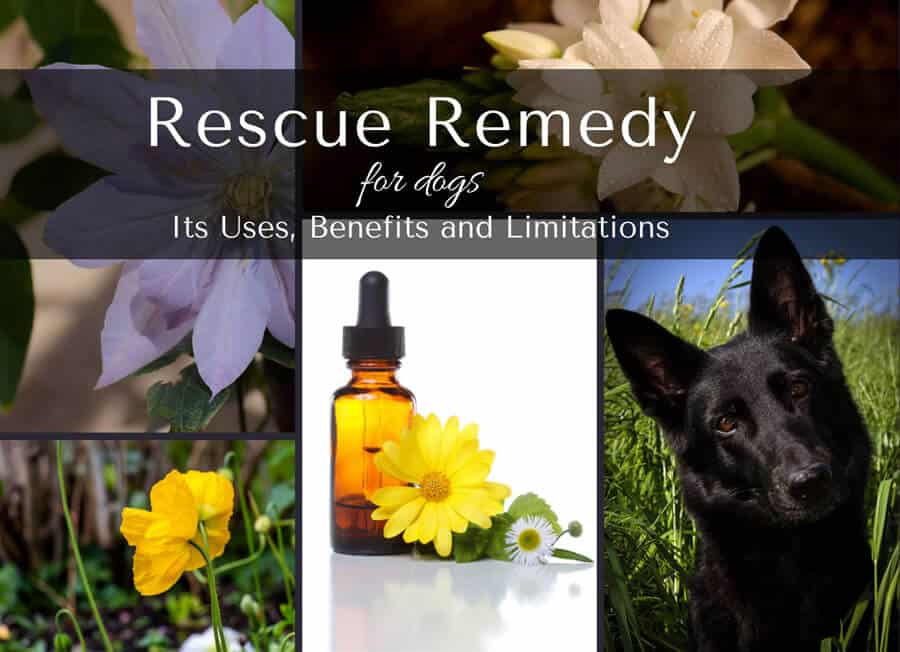 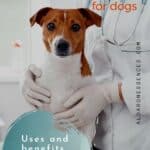 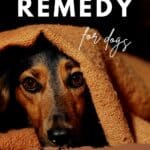 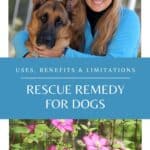 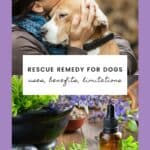 Rescue Remedy enjoys well-deserved fame among dog lovers for its success as a natural treatment for stress, shock, and trauma. But different dogs, like different people, will show stress in unique ways. Is Rescue Remedy by itself always the best choice?

What is Bach Rescue Remedy?

Rescue Remedy is a specific combination of 5 flower essences discovered by Dr. Edward Bach in the 1930’s. He discovered 38 essences in all. Of the many people he treated, he sometimes used single essences, sometimes a few at once.

There was one combination he used repeatedly to calm and comfort people experiencing severe stress, shock, and trauma – this was what we now call Rescue Remedy.

While Dr. Bach’s patients were human, he had a connection with animals and by all accounts, they were strongly drawn to him. There is at least one record of him personally treating animals with his essences. (See The Original Writings of Edward Bach, by Judy Howard and John Ramsell: “The White Pony”.)

This means that Bach flower remedies – including Rescue Remedy – have now been helping people and animals around the world for over 80 years. And their popularity is still growing!

The 5 Flower Essences of Rescue Remedy

You can probably envision the state of a person Dr. Bach would have helped with his Rescue Remedy. I always picture a shipwreck survivor washed up on some rocky English shore.

In our day, it might be someone who’s just been in a car accident, or who has heard (or is waiting to hear) potentially devastating news, a traumatic injury victim, or a witness a sudden, shocking, frightening event.

In dogs, Rescue Remedy is an excellent choice for any situation the animal considers highly stressful : accidents and injuries come to mind. But some dogs get panicked and agitated when taken to the vet or groomer. Others during storms and fireworks. Animals that have suffered abuse will benefit from Rescue Remedy.

Some dogs that panic over car rides or at being left home alone will find Rescue calming and settling. Dogs rescued from abuse or neglect, dogs that have escaped in strange places and become lost and panicked, and dogs that have been attacked by other dogs will all benefit from the healing effects of Rescue Remedy.

Despite its wide range of usefulness, Rescue Remedy was never meant to be a cure-all for every type of stress. People – and animals – experience stress for different reasons, and have a variety of emotional responses to stress.

I read a study several years ago that may help illustrate my point. Researchers were investigating the efficacy of Rescue Remedy as an anti-stress aid. A group of college students was instructed to take Rescue Remedy prior to a difficult exam, in order to observe whether they would report measurable stress relief.

The results were disappointing. About 50% reported reduced stress, no better than placebo.

But is that a fair take-away? Maybe first we should look at the assumptions made by the researchers.

I’ve taken my share of stressful college exams. Did I ever feel shock? (No.) Disorientation? (No.) Severe stress? (Occasionally.) Disconnected with reality? (Only if I got up at 3AM to cram.) Panic? (Possibly, depending on which class it was.) Traumatized? (Probably not at that point. Maybe after I got my score!)

What did I feel, instead? Pressure. Apprehension. Being on the spot. Fear of looking stupid. Worry I was going to disappoint myself or someone whose good opinion was important to me. Overwhelm. Resentment at being in a situation that made my head feel like it might explode. Wanting to crawl under a rock and stay there until it was all over.

No doubt you would have your own set of emotional responses to exam stress.

My point is: most of the emotions I associate with exam stress are not addressed by the essences in Rescue Remedy. At least, not by itself.

And while this is a human stress example, I believe a similar case can be made for dogs.

When “Shock and Trauma” are Not the Whole Picture

But what if you had a stressed dog, traumatized at some point in the past, now with behavior problems to show for it? Rescue Remedy may ease the stress and help heal the emotional trauma, but what about the rest? 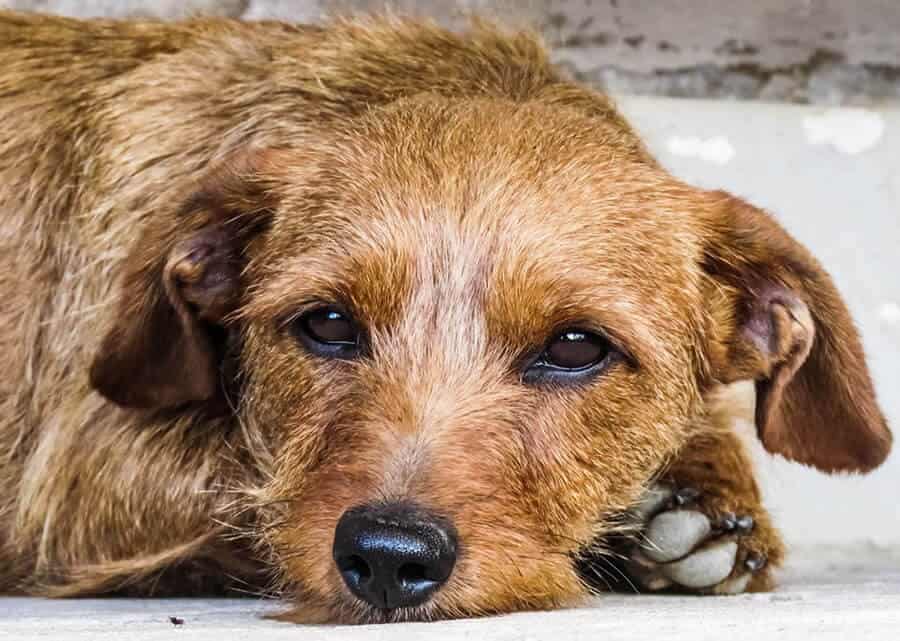 Let’s look at Leo, a small terrier about 4 years old that had been severely abused in his previous home. He was chronically fearful and anxious, incredibly defensive (as you might expect), willing and ready to bite anyone that came near.

Leo trusted no one, and with good reason. He could not be touched. The poor thing was, frankly, so emotionally damaged I think most people would have put him down out of kindness.

Leo was actually a dog I was training when first introduced to Bach flower remedies. After about a week of work with zero progress, I decided to make up a flower essence blend for him. He seemed a perfect test subject. After all, what was there to lose if nothing happened?

This is the blend I put together. You can see that it fills out Leo’s emotional “picture” beyond stress and trauma.

Now, to test it on Leo! I had no idea if it would help, or how long it might take to have any effect. Since he was not safe to approach, I put several drops in a water bowl, then retreated across the room and simply sat down on the floor to wait. Curious, he approached the water and cautiously tested it. He drank a little, walked away.

Over the next 20 minutes, he’d lie down, keeping an eye on me, then get up to go back to the water bowl. This happened over and over until he had nearly drunk the bowl dry. About 10 minutes later, he suddenly got up, came over to me, crawled into my lap, put his head down, and fell asleep.

This poor little guy had been untouchable for a week. His entire behavioral repertoire was one continuous defensive threat. The change in him that day – the door it opened – was truly amazing, and the beginning of his recovery.

Did it “cure” him? Wipe away all the traces of his horrible past? Sorry, no. But it was clear that an enormous roadblock to his recovery had been removed. We were now able to work with him, teach him, and help him trust people again.

This is a dramatic example in how quickly the dog responded; often the effects of flower remedies take longer, and the results are more subtle.

But over the years, I have repeatedly seen similar outcomes, and similar roadblocks removed.

Interestingly, as I reviewed my Bach flower notes some years later, that same combination appeared again and again, for fearful, overwhelmed dogs with defensive aggression. It became one of my first Aldaron Essences’ blends, Fear & Suspicion.

What’s the moral of this story? I don’t think anyone will ever replace Rescue Remedy. But, for me, Rescue Remedy was an introduction to the whole “world” of flower essences. If your dog (cat, horse, etc.) is stressed, fearful, panicky, traumatized, and/or needing comfort, Rescue Remedy should be at the top of your list; your first resort.

But don’t be limited by the scope of Rescue Remedy. While its fame is well-deserved, it’s not a cure-all for every stressful state.

Ask yourself if there are other emotions affecting your dog, possibly driving bad choices and reactions. Bach discovered over three dozen essences, many of which complement his Rescue blend beautifully. Some of those essences may be the key to completing the picture of your dog’s emotional needs. 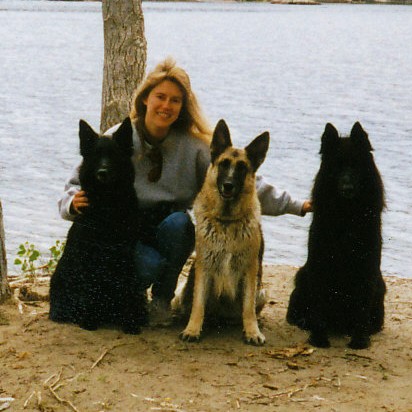 Julie Cantrell CBDC BSc is a professional dog trainer and canine behavior consultant who’s logged many thousands of hours training dogs and teaching owners since 1990. Flower essences have been part of her work with canine training and behavior since 1994. (Bio)